Ahhh, school was back in swing, and thus my reading list is shortened... 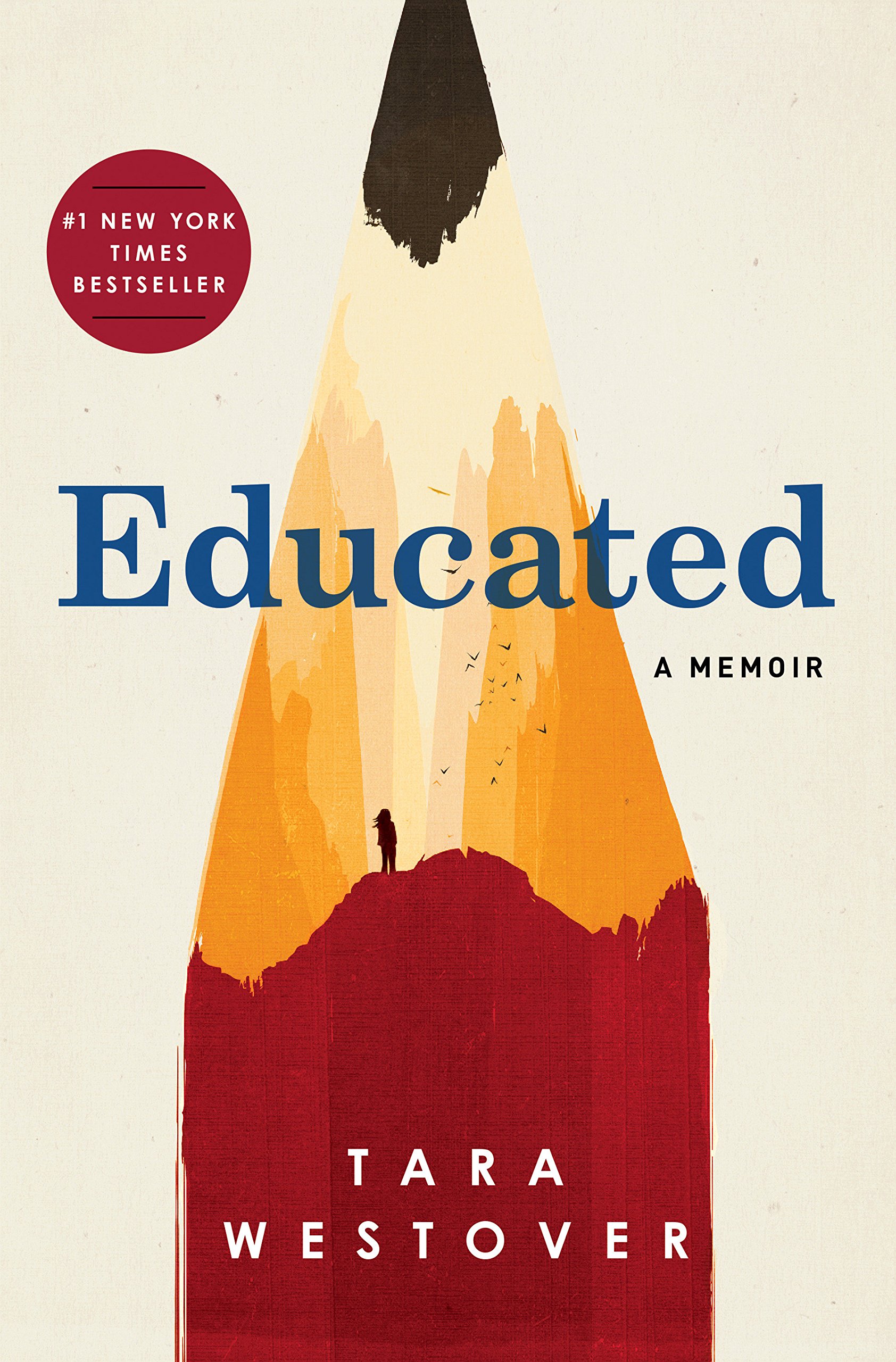 Another memoir!  I mentioned last month that I read three memoirs in about a months time, and I think this one was my favorite.

Tara grew up with survivalist parents in Idaho.  She never went to school, but when she was a teen, she decided to take the ACT and go to BYU.  Amazingly, she ended up also studying at Oxford and eventually getting her PhD.

But this book is less about her education and more about her family dynamics.  It's a tough read because of the subject matter, but I really loved it.

Oh goodness, I just loved this book!  I read it for Green Mountain Book award, so it's YA.  It's technically a sequel (to Dumplin', which is about to be a Netflix movie), but it reads like a stand alone novel.

Millie, or Puddin', is an overweight teen in a small Texas town.  She always goes to fat camp, but this year she wants to go to journalism camp instead.  This book is about that struggle, her friendship with an ex-dance team captain, and a budding romance.  It's just delightful!

Necessary As Blood
I am really getting into Deborah Crombie.  I ended up reading two of her books this month!  If you are a mystery fan, I would check her out.

This one is about missing parents and the little girl they leave behind.  I don't want to give anything away!  Really good.

That's Not What Happened

I read the ARC of this book, thanks to my school librarian.

This book follows survivors of a school shooting, three years afterward.  Basically, one student, who died, is being held up as a Christian martyr.  But the main character, who is the martyr's best friend and was with her when she died, is now coming out to say, "That's not what happened."

I was a middle schooler for the first school shootings, Pearl and Columbine.  I really loved this book, reading from the point of view of the survivors and how school shootings have affected them.

Another Deborah Crombie book.  I think this one might be her most recent book.  I have actually read all of these books completely out of order and have been totally fine.  So, if you want to start reading Crombie, don't worry about getting the first one in the series!  Just get whatever books your library has.

In this book, a nanny is found dead in a private neighborhood garden in Notting Hill.  Another great mystery!

I know, I'm like the last person to read this book.  I have started it several times, and then I always end up putting it down.  But I was talking about this book with several friends and one loved it and one didn't.  That sparked my curiosity, and I decided to finally finish it!

I'm on the liking it fence.  This book is all about the author's life, growing up as part of a "hillbilly" family, what disadvantages that gave him.  I really feel like he explores to negatives and the positives and just shares what his life was like.  I know not everyone is a fan, but I would suggest at least just giving this book a try. 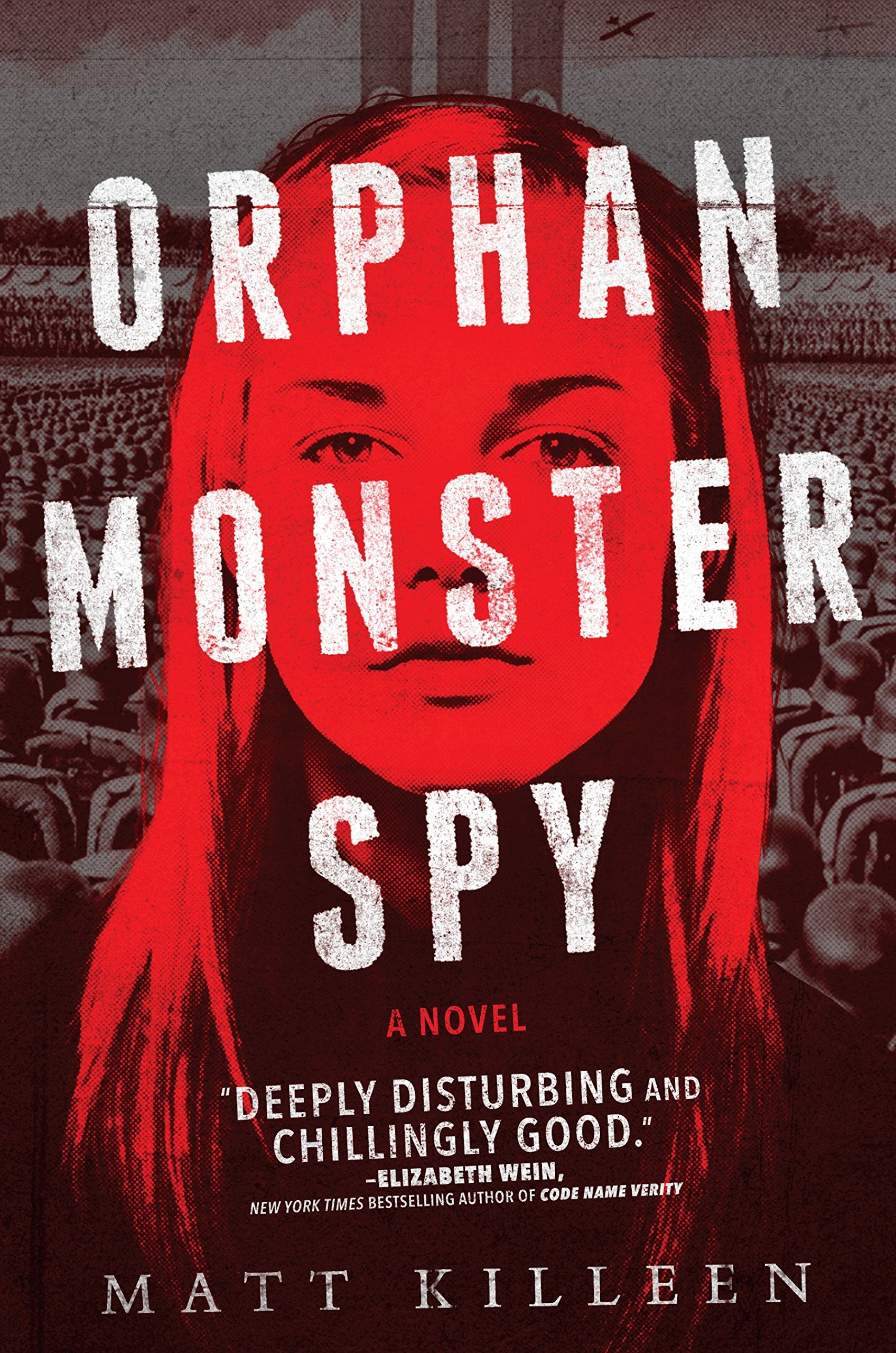 Ohhh, this book was SO good.  It's about a Jewish girl who doesn't look Jewish.  While she's trying to escape Germany, she gets caught by a spy.  The spy recruits her to go to a private German school, for the German elite's daughters.  She is supposed to befriend a girl there, whose father is working on the atomic bomb.

It's fast paced and well written.  It is pretty intense, so I don't know if I would let a 7th or 8th grader read it, but definitely high schoolers!

My Name Is Victoria

Last, but certainly not least, a historical fiction read.  I really loved this book because I ended up looking up a lot of articles to find out the real story behind it.

The main character, Miss V. Conroy, is sent to live in London as a companion to the young Princess Victoria.  The two girls grow up together.  This book was really interesting, and the ending totally surprised me!

Altogether, a good reading month.  I really liked every book!

Posted by Bech and Marley Evans at 11:36 AM 0 comments

The year is almost over, and now I still need to do the past four months of books!  I used to update my blog regularly, but life has taken over the past year or so and I just don't.  Oh well, I am still committed to these posts, though, because I love to use it to track my reading.

Hm, this book was not great.  It was written in the style of Agatha Christie, like a new Hercule Poirot novel.  Had it not been for that, the book would have been fine.  The murder story was interesting and fairly well done.

But goodness, they messed up Poirot!  He is such an amazing detective character, and I felt like this book twisted him up and gave a new spin to him.  I'm not really okay with that...

So if you aren't a huge Agatha Christie reader, you might enjoy this book.  Otherwise, stay away!

Did I mention that I am on the Vermont YA award group this year (and the two years after that)?  It's called the Green Mountain Book Award Committee, and I will thus be reading a LOT of YA books in the upcoming three years.

This was a YA mystery/thriller.  I really enjoyed it.  Five years before the story starts, the main character's older sister and three other girls, all cheerleaders in a small town, died within two weeks of each other.  The main character has always felt like something was off, so she starts investigating.

I thought the mystery was really well done.  The content was good--interesting for high schoolers but not too much language or gore.  I really liked it. 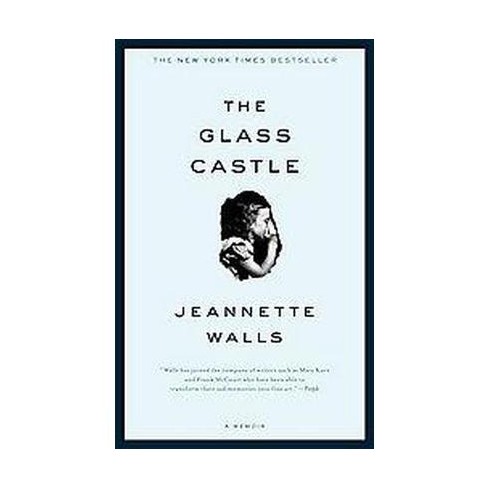 I am not the biggest non-fiction reader out there, but I'm really trying to push myself.  Memoirs are a good middle ground for me.  They are non-fiction but often read like fiction.

Jeannette Walls writes about her growing up years, with parents that struggle, unbeknownst to themselves, with mental illness, about moving constantly, etc.  It is a really interesting book.  While I did really enjoy it, I read three memoirs in the course of a month, and this was probably my least favorite of the three.  Of course, that isn't an indication of the book itself.  It was up against two other great books.  I would definitely suggest this book!

Ah, back to the world of Lara Jean Song.  These are the two sequels to To All the Boys I've Loved Before.  Goodness, these books were just delightful.  This whole series is wonderful.  They are interesting, but not filled with language and sex (although those aspects aren't totally absent).  The main character is charming, fun, and so quirky.  If you haven't read this series, you should definitely check it out.

Another Green Mountain Book Award read, and I loved it.  It won't make the list because it is very clearly the beginning of a trilogy, but it has been one of my fav YA reads thus far this year.

This mystery is set in Vermont at Ellingham Academy and spans 80 years.  There are two mysteries that happen, one in the 1930's and one current day.  But, spoiler, since it is the beginning of a trilogy, the mysteries are definitely not solved at the end of the book!

I couldn't put this book down.  It wasn't even just that it was set in Vermont (although I did love that), but the premise behind the academy itself was just really engaging.

The History of Jane Doe 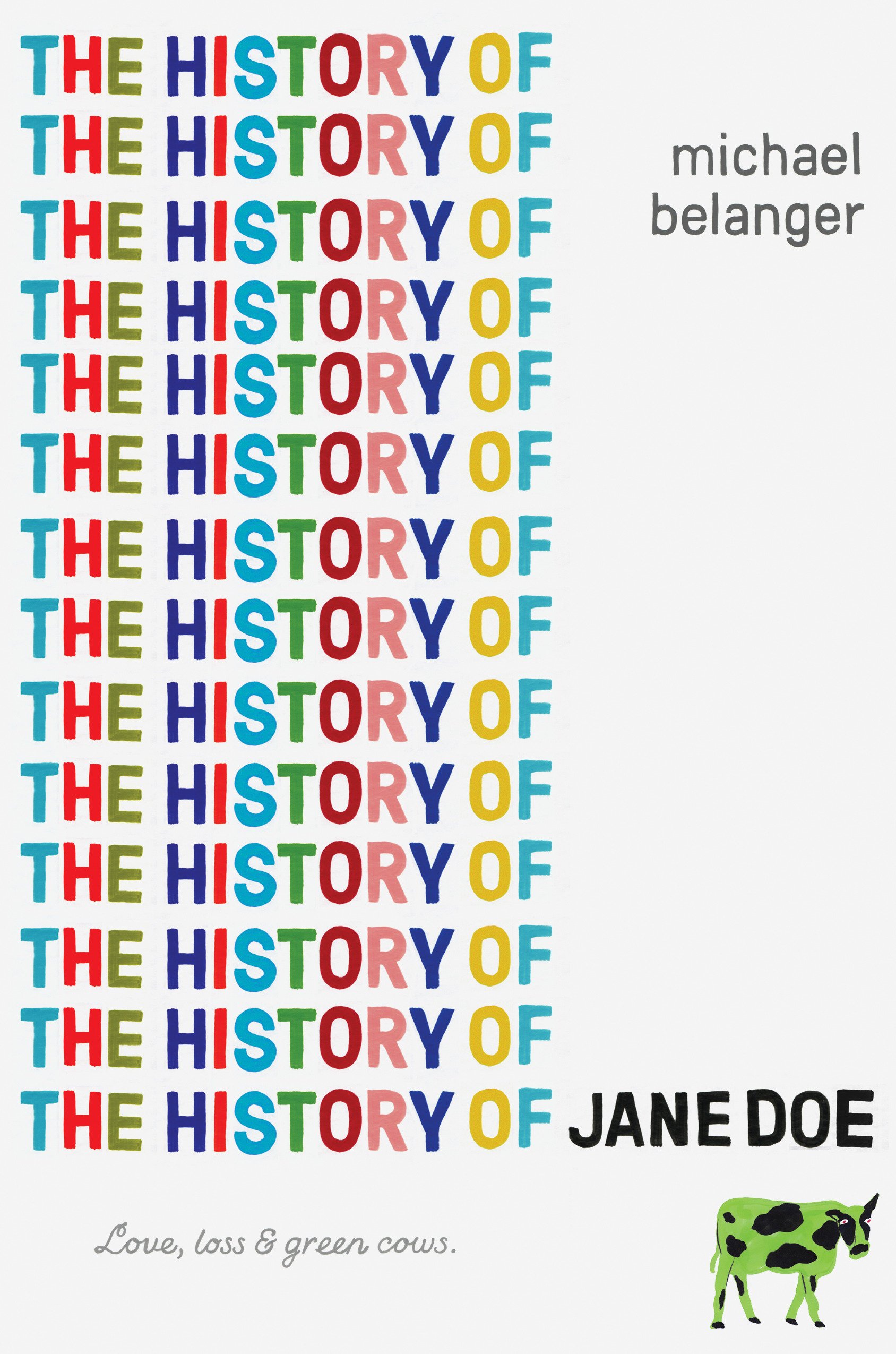 Another YA read.  Jane, not her real name, moves to a rural Connecticut town, befriends two nerdy guys, falls in love with one of the guys, and then something drastic happens.  You don't really know what happens until the end, although there are lots of hints and you can make an educated guess early on.

This story is less about the dramatic event and much more about the characterization.  What makes us who we are?  Can we change?  Can we defeat what we struggle with?  I really enjoyed this book.

I'll Be Your Blue Sky 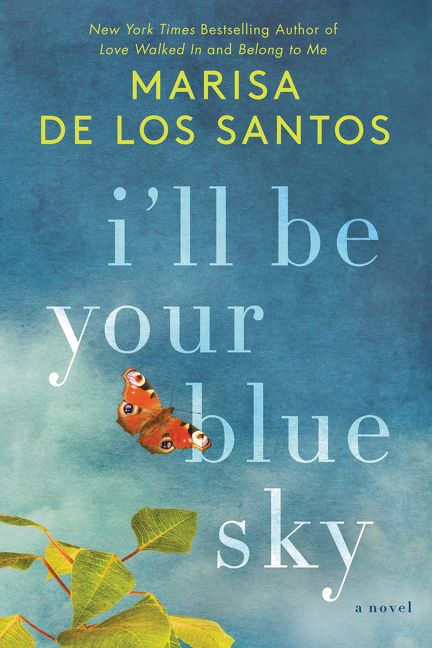 This was my first Marisa de los Santos book to read, and I really liked it.  I've heard some mixed reviews, but I was a fan.  It is a time lapse novel, so beware if that's not your thing.

The book switches back and forth between the 1950's and today, telling the story of two women who both are impacted by domestic abuse.  I think Kate Morton is still better at the time lapse genre.  But if there are no new Morton books, this will do!

This Heart of Mine 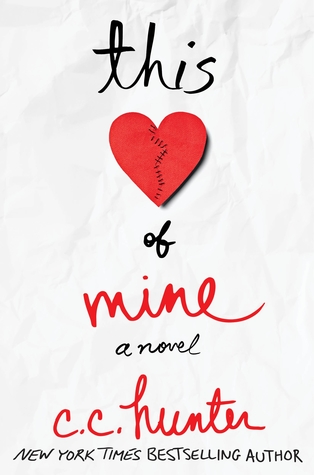 Hm, I was iffy about this YA read.  Here's the premise:  Leah has a heart disease and needs a heart, Matt's twin kills himself and Leah gets the heart, and (I'm sure you saw this coming) Leah and Matt fall in love.

Okay, that's fine if that's where it ended.  Maybe a bit of Return to Me style plot?  But the author wants to throw in some mystery as well.  Matt thinks his brother didn't really kill himself, and Matt and Leah are determined to find out what happens.  Also, the ending deals with some big issues, except it doesn't really deal with them, just puts them out there and doesn't handle it.

This book, as do many others, magically appeared on my kindle.  Thanks, Kindle Fairy, aka Mom.

I wanted to read it because the author also wrote Truly Devious.  In this book, Ginny's peripatetic aunt has passed away and left her with 13 envelopes (which also happen to be little and blue...shocker, right?).  Ginny has to travel all around Europe to discover what's in the envelopes and what her aunt has left her.

Not that crazy, right?  But throw in the fact that Ginny is in high school, super protected, and she can't travel with a cell phone or extra money.  Whew, I was stressed.  Seriously, this book stressed me out.

It wasn't a bad read, if you aren't, by nature, overly anxious.  It really was fun.  But get some traveler's checks, Ginny!

Posted by Bech and Marley Evans at 7:08 AM 0 comments